Posted by Chaman Lal at 11:31 No comments: Links to this post

Bhagat Singh, Rajguru and Sukhdev executed.
In view of the extraordinary importance of the event, The Tribune recalls this day from its archives

Bhagat Singh, Sukhdev and Rajguru were executed at about 7:15 p.m. on Monday.

Earlier in the day two petitions, filed in connection with their case, had been rejected by the High Court.

Counsel Telegraphed to the Viceroy to stay execution as they were moving the Privy Council against the order of the High Court.

Unfortunately owing to certain conditions imposed by the jail authorities, the relations of the prisoners could not even interview them.

Information to hand points to the fact that Bhagat Singh, Rajguru and Sukhdev were hanged this evening at about 7.15 p.m., about that time loud and continued shouts of “Inqilab Zindabad” emerged from inside the Central Jail, and these shouts made the people in the locality suspect that the executions were taking place.

Dr. Gopichand has sent the following telegram to the District Magistrate, Lahore, Superintendent. Lahore Central Jail, and the Chief Secretary to the Government of Punjab:— “Bhagat Singh, Rajguru and Sukhdev hanged this evening. Where and when should we present for taking the dead bodies? Wire. Sardar Kishan Singh, father of Sardar Bhagat Singh, and mothers of Rajguru and Sukhdev, are at Lahore.”

Sardar Kishan Singh, father of Bhagat Singh, and Lala Chintram, uncle of Sukhdev, with others went to see a high official of the Central Jail, Lahore, for claiming the dead bodies, and it is said though he was at home he sent word that he was not at home. At the Central Jail too he could not be found. A high local official, who ought to know, was phoned to; and he began speaking on the phone, but when he knew what it was about he gave no reply and closed the phone.

Bhagat Singh and his comrades while refusing to make any petition for mercy, in the course of a letter to the Governor of the Punjab, asked to be shot dead. “The only thing we want to point out, they said, “is that according to the verdict of your court we are said to have been waging war and are consequently war prisoners. Therefore we claim to be treated as such. i.e., we claim to be shot dead instead of being hanged. It rests with you now to prove it through action. We very earnestly request you and hope that you will very kindly order the Military Department to send a detachment or a shooting party to perform our executions.”

Mahatama Gandhi, Pandit Jawaharlal Nehru, Pandit Madan Mohan Malaviya, Dr Ansari, Mr C. Rajgopalacharaiar and others, who left tonight for Karachi, got the news of the execution of Bhagat Singh, Rajguru and Sukhdev at the Railway Station. They were stunned to hear the news and Mahatama Gandhi was specially moved greatly. They were grieved at heart when they came to know that the relatives were not allowed interview before the execution.

Mahatama Gandhi has expressed his desire that all demonstrations that may be held should be silent and only one resolution be passed at the meetings where there should be no speeches — FP.

Dead bodies removed, not given to relations.

The dead bodies of Bhagat Singh, Shivram Rajguru and Sukhdev have not been handed over to their relations. It is not definitely know how they have been disposed of, and repeated requests of the relations of the condemned prisoners for their dead bodies have failed to elicit any response. It is, however, reported that the dead bodies were secretly removed in motor lorries from the jail and transported to some place on the banks of the Sutlej near Ferozepur, where they were disposed of at dead of night.

Posted by Chaman Lal at 11:28 No comments: Links to this post

Posted by Chaman Lal at 11:25 No comments: Links to this post

My Books on Bhagat Singh and other revolutionaries 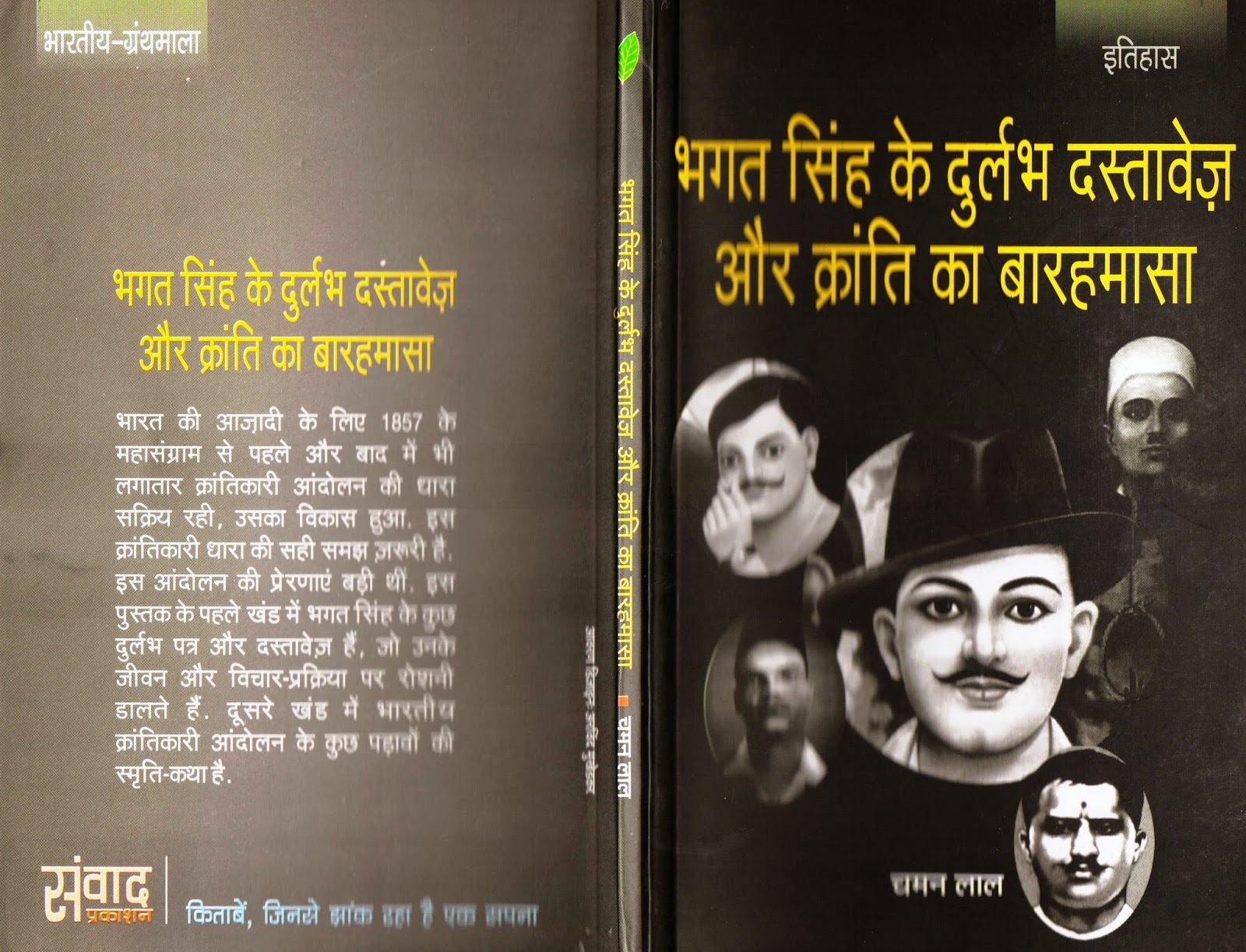 Posted by Chaman Lal at 18:35 No comments: Links to this post

The Lost Letter of Bhagat Singh

On Bhagat Singh’s death anniversary, the writer looks at a newly revealed document that establishes him as a mature political thinker.

Today, our beloved country has again fallen into the clutches of not one but many enemies, internal and external. The poor is becoming poorer and the poorer is being left to die. Poverty, corruption, inflation, crime against women and what not!! Be it invasion by China or Pakistan severing heads of our soldiers. Be it Maoist and terrorist attack or the falling value of Rupee against Dollar or the frequent fatal accidents taking place in Navy vessel or the large number of farmers committing suicide, nothing can be said to be in order in our beloved country today. The situation today is perhaps worse than the British Rule of 1930-1931 when Shaheed Bhagat Singh chose to martyr. This is the high time when each one of us should attempt to align our patriotism to that of Shaheed Bhagat Singh & contribute every second our lives to the betterment & true freedom of our beloved mother India. Such Awakening would be the true tribute to Shaheed Bhagat Singh and countless other martyrs I believe.

salut Bhagat Singh. thank you The Hindu for this article.

The article is a treasure that needs to be preserved. Bhagat Singh's letters! Scintillating! S.Ramakrishnasayee, Ranipet

I heartily congratulate The Hindu for the article. I feel that these two letters of Bhagat Singh must be preserved in all school, college and university libraries.

Posted by Chaman Lal at 18:22 No comments: Links to this post