Appetite for history | The Hindu

Appetite for history | The Hindu

Posted by Chaman Lal at 09:33 No comments: Links to this post

P Chidambaram's bud-get speech had at least one entry whose significance could go beyond accounts. The Centre has decided to mark 100 years of the formation of the Ghadar Party this year and allocated funds to build and maintain its museum in San Francisco, apart from organising a series of programmes at home.The Ghadar Party's first office-bearers were chosen in Astoria on April 21, 1913 — the year before World War I, with British imperialism at its peak, and before the Soviet Union had been formed. A group of angry anarchists and socialists, some of them university students, some peasant-farmers and all based abroad, decided that the root cause of oppression of their fellow Indians was imperialism and they would fight it.
Inspired by 'Ghadar' of 1857, Karl Marx, and the spirit they then saw in the US for providing immigrants freedom and a platform to fight for what they felt was right, they ended up setting up the party in the University of Berkeley, California, and egged on thousands of immigrant workers to sail back to India and help "liberate" it. Pioneer leaders Lala Hardyal, Tarak Nath Das, Baba Sohan Singh Bhakna and Maulvi Barakatullah openly said their plan was actually to fight the British. And they arrived in India from California to do just that.
Historians and scholars working on the Ghadar Party are heartened by the government effort, saying the unique movement will finally be given its place in history. Historian Harish K Puri, based in Ludhiana, says it is an important strain in India's nationalist legacy and must not be airbrushed only because it does not fit into the Gandhian Congress story.
"The fact that people who had gone out to earn their living through manual labour were able to identify the root problem of their hardships here, and make a connection with unfair attitudes to immigrants with colonialism, was a huge leap of ideas," Puri says. "Bhagat Singh, Chittagong, Netaji's INA, and the Naval Revolt of 1946 all owed a lot to the Ghadar Party idea and broke the back of the British in India."
Puri, who met Bhakna when the latter was 96, was "mesmerised by his spirit, Catholicism, broad vision and ability to conceive of a movement which believed in bringing Punjabi Sikhs, Hindus, Muslims, Marathis, Gujaratis all together, at a time when revivalist movements were on in almost all faiths. These people in divisive times developed the idea of 'desh'."
Puri recounts how the anarchists' ideas influenced the times. Tarak Nath in 1908 wrote to Leo Tolstoy about War and Peace, asking Tolstoy, complete with 10-year data on deaths due to hunger and famine in India, how this was any better than the war-related deaths Tolstoy was so eloquent about. "Tolstoy replied, and even Gandhi took note of that reply. This was the impact of those people."
Says Prof Chaman Lal of Jawaharlal Nehru University, who has travelled to most places connected with Ghadar and kept records, "What worries me is that either no one wants to talk about it as it does not fit into a goody-goody non-violence narrative we want to put out, or the wrong people try and appropriate it. Now, radical Sikh extremists try and portray them as Sikh radicals — while they were pious, they were the antithesis of identity games outside of 'desh'. Their message was the opposite."
Says Savitri Sawhney, the daughter of one of the Marathi revolutionaries of the time, Dr Pandurang Khankhoje, "At the Pravasi Bhartiya meet this year, two descendants of the Ghadar movement were to be honoured, but it was all changed at the last minute. The establishment suddenly didn't want to honour anybody outside the Gandhi-Nehru fold; they are still regarded as terrorists. This is wrong. They must find a place in popular memory."
Congress party representatives deny any deliberate effort to ignore the movement. If that was the case, they say, the PM would not otherwise have called it a "luminous spark" guiding the independence struggle at the Pravasi Divas at Kochi, "nor would he have released a commemorative stamp".
Says Prof Chaman Lal, "The Ghadar strain was left without takers after independence except communist parties, who see themselves in part as bearers of the ideas."
The US-Canada based Left-affiliated Indian Workers Association and its UK counterpart, the Indian Workers Association, are organising a series of meetings, seminars, rallies and plays by an Indian troupe over the next year to remind people of Ghadar, and of the fact that even Indian NRIs today owe much of the awareness and freedom to those who founded the party to fight the case for immigrant Asians, mostly Asian workers working in the West then.
A museum was set up in Jalandhar in 1955, principally by Ghadar revolutionaries released from the Andaman islands after serving life sentences.
Ghadar revolutionaries exercised a deep influence on those who came a decade later. Says Bhagat Singh's nephew Kiranjit Singh, "Ghadar hero Kartar Singh Sarabha was his hero and he carried a picture of his in his pocket at all times. Sarabha was executed when he was 19, and embedded in my uncle the philosophy of meeting your death with a smile, which he did." Says Prof Puri, "Bhagat Singh pored over the famous Ghadar Party trial case records in Lahore and we have his copy in the museum, with his notes scribbled in the margins."
- See more at: http://www.indianexpress.com/news/from-us-the-effort-to-free-india-from-british/1105706/0#sthash.GOhSrrif.dpuf
Posted by Chaman Lal at 21:28 No comments: Links to this post 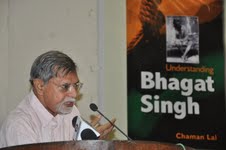 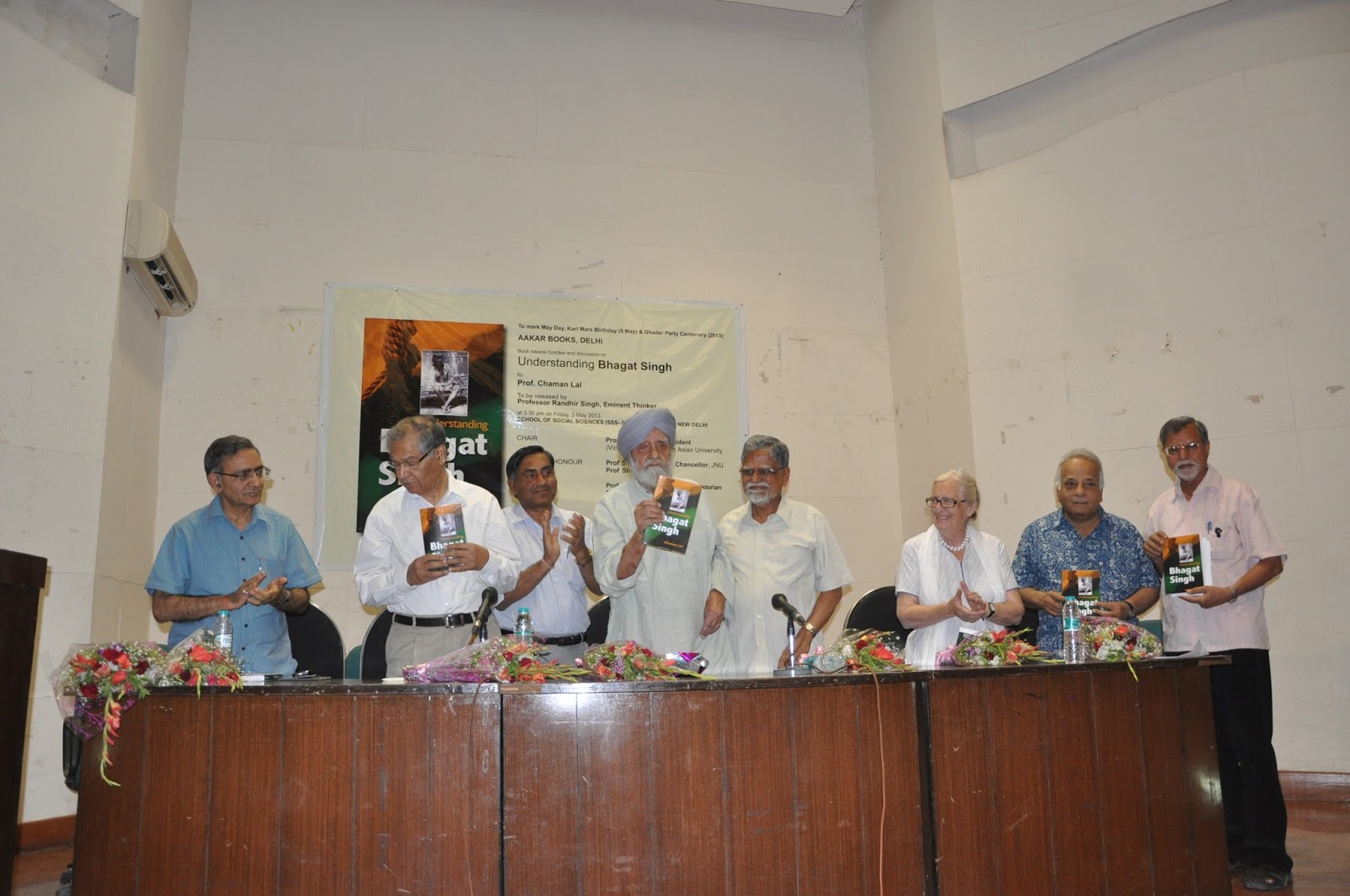