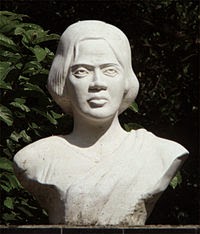 Reposting my film review of Chittagong in memory

‘Chittagong’
After many years, perhaps after my JNU student days, saw another new film on release time itself. ‘Chittagong’-film based on legendary 1932 Chittagong revolutionary movement led by Master Surya Sen, directed by Bedabrata Pain, was released yesterday itself and I went to see it today itself, as it was being shown in DLF Mall SL star cinema there. Though expensive at Rs.375/, but my interest in the movement and its already positive reporting motivated me to go for it quickly.
And I must say that 105 minute film is so well made that it enlivened the 1932 Chittagong movement on screen in very real form and without melodramizing it. Seen from the eyes of a 14 year old child revolutionary-Jhunku, who later rose to become one of the major Communist leaders of the country-Subodh Roy and whose last interview in 2006, just two weeks before his passing away is part of the film, director Bedabrata Pain has done full justice to this great revolutionary movement of India. Written by his wife and co-director Shonali Bose, the film brings into focus the one of the most progressive revolutionary movement of freedom struggle, led by legendary hero Master Surya Sen. Movement was bound to fail, as many other revolutionary movements of those times, very close to it was north Indian HSRA movement led by Bhagat Singh. Film has shown the actual happenings of movement like beginning from demonstrations against Jatin Das’s martyrdom in September 1929, led by Master Surya Sen in Chittagong, slowly developing into revolutionary network due to the oppressive British colonial structure, finally leading to raid on Chittagong armory looting arms and capturing Chittagong at least for a day or so and then retreating to hilly terrains of the thick forest land and fighting against colonial might heroically. Many children in age group of 14-18 were part of this ‘Indian Republican Army’, some were sent back homes, of which many got captured, including Jhunku, who was sent to Andamans and returns after seven years and again becomes active and becomes part of Tebhaga peasant movement, which began in 1945, at the fag end of British rule! Master Surya Sen is able to move underground for more than three years and is finally captured and executed on 12th January 1934. Preetilata Wadedar, ends her life after successful raid on European club in 1932 and killing of brutal police officers-Johnson and Ehsanulla.
Manoj Bajpayee had played role of Master Surya Sen in restrained manner, unlike films made on the life of Bhagat Singh, showing him in very loud manner. Other actors, particularly debut Delzad Hiwale playing as Jhunku has performed fantastically fine. Vega Tamotia as Preetilata has been focused more in love and her sacrificing commitment, rather in a strong revolutionary leading role.
The best part of the film is its linkage to Tebhaga peasant movement of 1945. Three major revolutionary movements of India-Gadar party movement of 1913-15, Bhagat Singh led HSRA movement of 1923-1932 and Chitttagong revolutionary movement-1930-33, produced the maximum Communist cadres and leaders from its womb. Almost all the survivors of Chittagong revolutionary movement, as of Bhagat singh led movement turned into Communists-Anant Singh, Lokentah Bal, Ganesh Ghosh, Subodh Roy(Jhunku) etc. later rose to become leading Communist leaders of Bengal.Anant Singh never compromised with his rebel spirits and continued to be jailed after 1947 as radical communist.
Surely as Bhagat Singh had the potential to become Lenin of India, so had Master Surya Sen to become Mao Ze Dong of India and both together had the potential of becoming Fidel and Che of India and could had led successful revolution even with the children army they had with them! I had thoroughly enjoyed Chittagong as a treat to my aesthetic as well as radical senses! My only wonder was that few years ago, Chittagong movement was made known to me in most impressive manner by Manini Chatterjee’s book-‘Do and Die’-perhaps still the best book on Chittagong, in film titles or credits no mention has been made of this vital book! But for me both book ‘Do and Die’ and film ‘Chittagong’ provided excellent mental pleasure, knowledge and sense of belonging to this great heritage of revolutionary freedom struggle. Irony however is that as Lahore’s great heritage as centre and symbol of revolutionary freedom struggle of India was somehow lost due to partition, so has been with Chittagong in East. Loss of Chittagong as symbol and centre is sadder, as East Bengal and now Bangladesh took pride in its secular heritage, unlike Pakistan, who discarded it. Now when even Pakistan has acknowledged Lahore as symbol with naming of ‘Bhagat singh Chow’-the execution place of martyr, should not Bangladesh follow the example by building grand memorial to the best symbol and centre of revolutionary freedom struggle in the east, with great martyrs like Master Surya Sen and Preetilata Wadedar, who, have been given less than their due even in West Bengal, where the whole symbolism has been appropriated by Subhash Bose, Tagore and Vivekanand!
Posted by Chaman Lal at 22:06 No comments: Links to this post