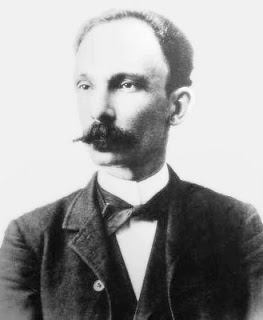 'Our America' is considered to be the most significant writing of Marti.Marti refers to 'weapons of mind' in this essay as conquuers of all others and describes 'Barricades of ideas worse than barricades of stone'!Marti emphasises on self criticism in this seminal essay--'Nations should live in continual self criticism, because criticism is healthy, but always with one heart and one mind. Go down to the unfortunates and take them in your arms!' Marti attacks racist and reactionary rightwing fundamentalists by his scathing words--'The soul emantes, equal and eternal, from bodies distinct in shape and color. Whosoever foments and propagates antagonism and hate between races, sins against Humanity'.Yes this is the America of Martis, Bolivars, Martins, which counters the America of Bushes and Reagans...The present generation of latin America is living up to the ideals of its progressive heroes in Cuba, Venezuela, Bolivia, equador, Brazil and spreading to all other lands of Marti's 'Our America'. 21st century belongs to this America and not to washington ruled America!Amen!