28th September is birth anniversary of Bhagat Singh and in 2021, it was 114 years ago, he was born in Chak No. 105, Lyallpur Bange, now in Pakistan. Earlier on martyrdom day of Bhagat Singh, Rajguru and Sukhdev-23rd March was commemorated at wide level, but now on birth anniversary also large no. of celebrative functions are held. On this occasion I attended few functions in Delhi and also participated in some online programmes. I am posting links of some of these functions and recordings and posts on social media.
My greetings on the day-
Greetings on Bhagat Singh birth anniversary with only four real photographs. Punjab and Delhi Govt. have again used painting based unreal photograph with yellow turban which he never wore during his life time. He wore only white khadi kurta pyjama and turban or hat for revolutionary purposes. Every citizen must demand not to use unreal painting of international revolutionary hero Bhagat Singh and use only real and handsome photograph with white turban or hat! Sanctity of Bhagat Singh real physical face must be protected and not allowed to be distorted for narrow political interests! 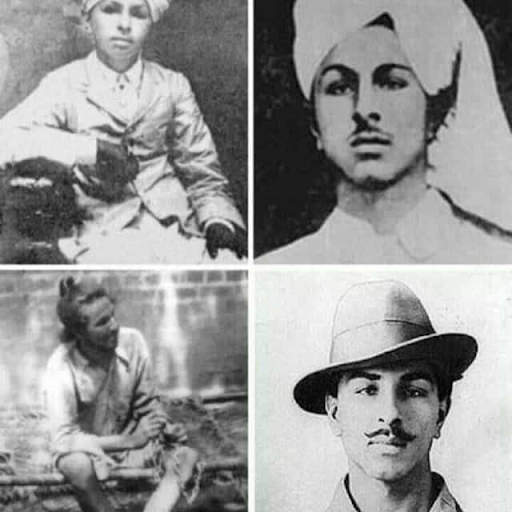 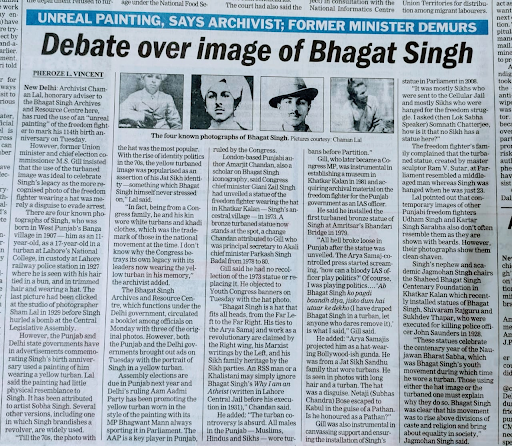 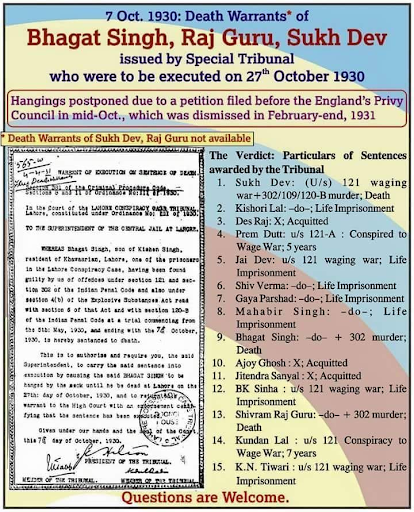 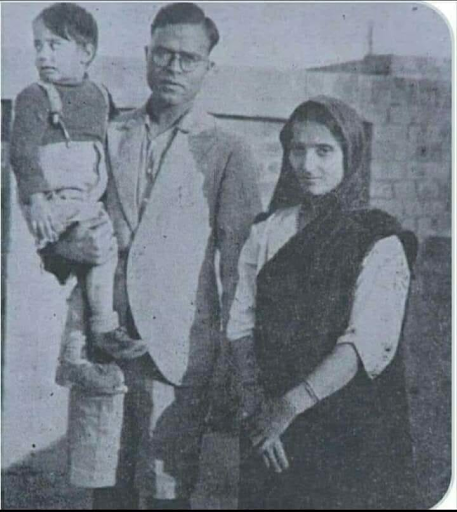 7th October-birth anniversary of Durga Bhabhi with her husband martyr revolutionary Bhagwati Charan Vohra, who was martyred on 28th May 1930 at Ravi Bank Lahore while testing bomb to get Bhagat Singh released from jail. Bomb exploded in his hands. 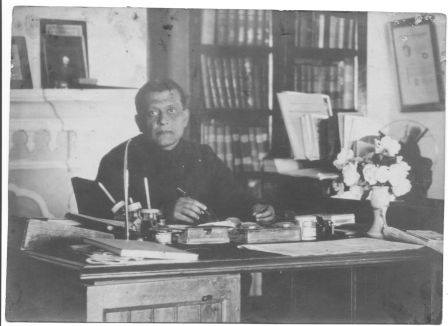 Chand and Bhavishya editor Ramrakh Singh Sehgal, who was jailed for supporting Bhagat Singh, Durga Bhabhi and other revolutionaries 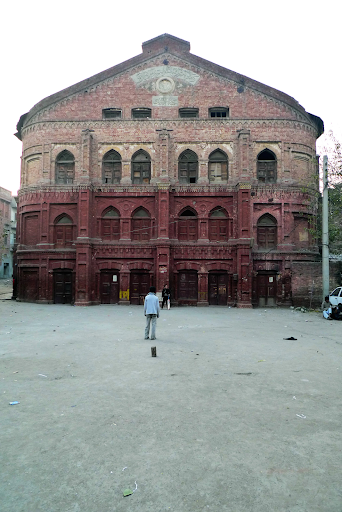 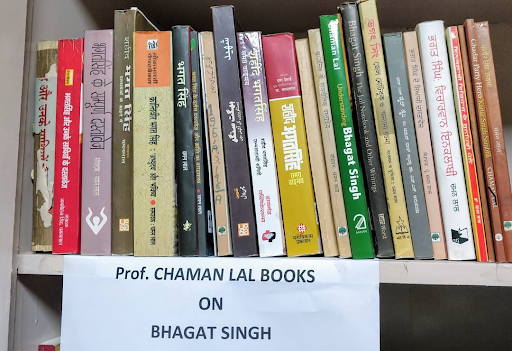 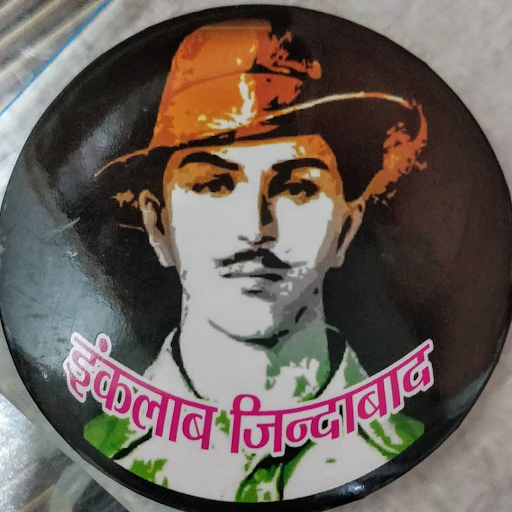 A Badge distributed in a function 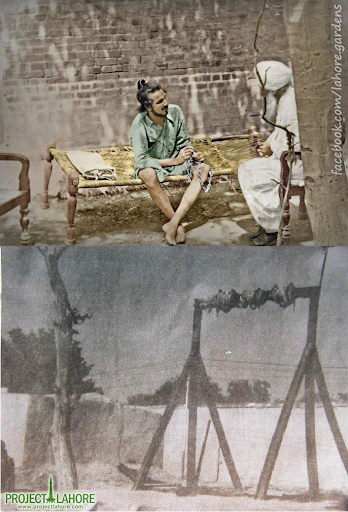